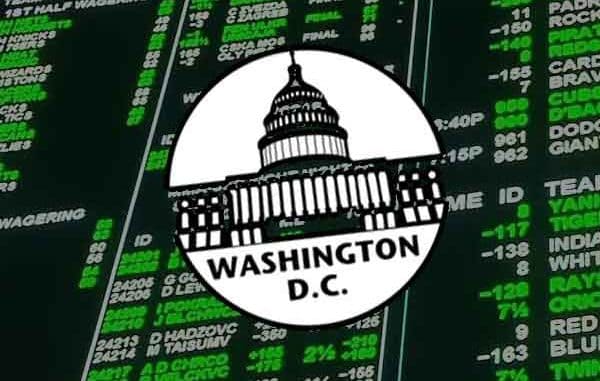 Sports betting will soon be arriving in the nation’s capital.

The D.C. Council voted in favor of passing a bill that would
legalize both land-based and online/mobile sports betting in Washington D.C. by
a significant margin of 11-2 on Tuesday, Dec. 18.

The Sports Wagering Lottery Amendment Act of 2018 would rewrite the law in D.C. and authorize betting on professional sports while allowing venues and private businesses within the city limits to apply for operator’s licenses.

The bill still needs a signature from Mayor Muriel Bowser,
and by law, all legislation passed by D.C. lawmakers must be subject to a
mandatory review by Congress.

The mayor has vocally supported the bill throughout the
process and Congress is not expected to stop the bill from becoming law.

The D.C. Lottery will have the authority to issue licenses
to owners of stadiums, arenas, bars, restaurants and other business that want
to offer sports betting at their facilities.

Licensed operators will be taxed at a rate of 10 percent on
gross revenue earned from sports betting.

One point of contention among those who opposed the bill’s
passage is that while venues and businesses will be allowed to offer both
land-based and online/mobile sportsbooks, all types of wagering on sports must
be kept on the property of the license holder.

This means licensed operators in the District will not be
able to provide web-based services or apps to bettors outside their facility.

In fact, the D.C. Lottery will be the sole provider of
sports betting via online or apps for people anywhere in the city. Experts fear
this will create a monopoly, limit consumer engagement, and stagnate growth and
innovation in the local sports betting market.

However, the council members have expressed that while the
D.C. Lottery will have the most options available to people within the District
at launch, the bill allows for future revisions should consumers not be
satisfied with the product offered by the state-run lottery.

If sports betting is legalized in the nation’s capital, then
Washington D.C. would become the first jurisdiction in the United States to
offer sports betting without previously having a casino operator within its
boundaries.

Washington D.C. will be the eighth jurisdiction to legalize sports betting after the U.S. Supreme Court overturned PASPA in May 2018. The District joins Delaware, New Jersey, Mississippi, West Virginia, New Mexico, Rhode Island, and Pennsylvania – Nevada was exempt from PASPA when it was passed in 1992.

Arkansas will likely be the next state to launch sports
betting after voters approved of an amendment during the 2018 Midterm Elections.

However, city council members want to act fast and get
congressional approval before Virginia and Maryland launch sports betting, so
they gain a market advantage over the neighboring states and other states that
are considering sports betting legislation in 2019 after seeing the success of
launches from states like New Jersey.

Early estimates indicate that the launch of sports betting
in the city limits of Washington D.C. could begin in mid-2019 and could bring in
as much as $92 million in tax revenue over the next four years.