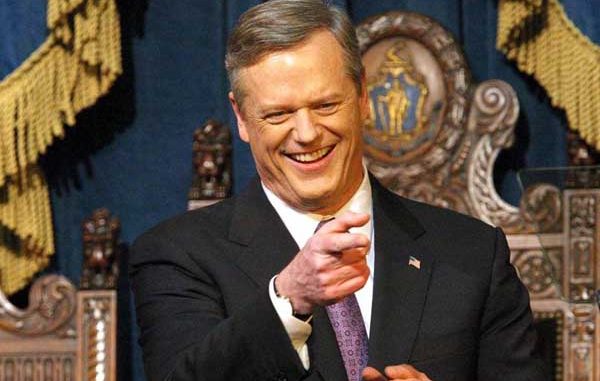 Four sports gambling bills were introduced to the
legislature before the 2019 session deadline on Friday, then the Governor teased
the introduction of his own bill.

The three bills submitted on Wednesday to the state legislature were done individually by Senator Bruce Tarr, Senator James Welch, and Senator Brendan Crighton. On Thursday, January 17th, Governor Charlie Baker announced his intention to file what he calls an Act to establish sports wagering in the Commonwealth before the Friday cutoff, right after a fourth bill was brought forth that same day. All of the bills, except for Sen. Tarr’s SB 908, immediately allow the operation of sports wagering at physical locations and on mobile devices wherever the bettor is within MA.

SB 908 would only establish an 11-person study committee
with 180 days to finish their study and report their finding to the
legislature. The fourth bill seemed to cater to sports leagues, as they were
given a royalty fee of .25 percentage of the wagers handled, payable to the
league the bet was wagered on – a provision which has strongly been lobbied for
by the leagues and sports associations.

However, these lawmakers aren’t the only ones betting on these bills passing as DraftKings, based in Boston, has put out a public statement supporting the utilization of mobile wagering as a safe and convenient option for states including Massachusetts.

Since PASPA’s removal as a US gambling law in May of 2018, states began legalizing state regulated and licensed sports betting operations. States like New Jersey have become more saturated with mobile sportsbooks; Therefore, Massachusetts a state considering legalization provides an optimal market to capitalize on.

We assume FanDuel, DraftKing’s longtime rival, is also eyeing the domestic market for any states with legalized mobile wagering.

Governor Baker’s proposed bill will be favored by the two
sportsbook and daily fantasy sports providers, despite not many details given
within the Baker Administration’s press release. His bill is said to allow licensing
to any who apply which will allow providers like DraftKings and FanDuel to
obtain a direct license without having to partner with a local venue or
establishment. Which explains why in other legal sports gambling states these
providers are introduced as an “affiliated sportsbook lounge” and/or an app in
connection with a physical venue – Gov. Baker’s bill would be doing something
brand new.

The “wide open” method Governor Baker is proposing will
supposedly generate $35 million in tax revenue starting in 2020. However, the
Massachusetts gaming Commission put out a white paper last March which
estimates the state could generate $45 million annually.

All of the proposed bills in Massachusetts require a minimum
gambling age of twenty-one and require sportsbook providers to allocate funds
to a program to prevent, end, and treat compulsive gambling.