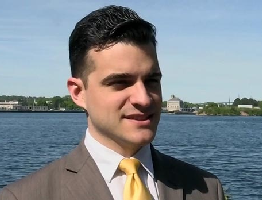 Former councilman Matthew Shoemaker is now the mayor of Sault St. Marie, Ontario. As a more influential member of local government, he is more adamant than ever that the city deserves sole operation of the Ontario Lottery and Gaming Corporation (OLG). According to recent reports, and his own iterations, Mayor Shoemaker spent all of last week pushing for OLG jobs to be exclusive to the city.

This is not a new topic of debate for the Sault native. Shoemaker campaigned for the same cause during his years on City Council. His arguments fell on deaf ears back then, but now, Shoemaker believes he’s finally in a position to get the point across; that being that OLG would operate more fluidly without leaking unnecessary funds to a separate office in Toronto.

In a social media post on Tuesday, Mayor Shoemaker comments:

“@CitySSM is the headquarters of the OLG and I’m committed to working with its leadership team to ensure all jobs are located in our community. I appreciated the opportunity to meet with the CEO and board chair last week to discuss growing its operations locally.”

Bring OLG Lottery and Gaming Jobs Back to Sault

On Thursday, the newly elected mayor held two get-acquainted meeting with OLG officials. The first was a virtual ZOOM meeting with OLG Board Chairman Jim Warren. The second was an in-person meeting with OLG President and CEO Duncan Hunnay. In both cases, Shoemaker says he utilized the socialization to “reiterate the position that I’ve long held, that all OLG jobs should be in Sault St Marie.”

Shoemaker has been pushing this very argument in 2018, when he was a Ward 3 councillor. His argument then was the same. He told SooToday four years ago, “If they’re going to call this a headquarters, it’s nonsensical to have two locations, one in Toronto and one in Sault Ste. Marie.” He was so adamant, he drafted a resolution, sought support from provincial leaders, and did all he could to make it a June 2018 election issue.

The now-mayor argues that expanding OLG offices beyond Sault “is irresponsible with taxpayer’s dollars and rescinds on the commitment that the government made to us in 1987 when they moved these jobs here.”

It’s not about bragging rights or exclusivity in the job market. Shoemaker’s push for limiting OLG jobs in Sault is an effort to save taxpayer dollars and streamline provincial lottery services. He’s long upheld the believe that multiple offices is an unnecessary and exorbitant expense.

Just last month, Shoemaker’s concerns were verified with the release of a report by Ontario Auditor General Bonnie Lysyk. Her report on Value-for-Money within OLG operations criticizes numerous aspects of the Crown’s operations; namely when it comes to expense choices. One such decisions the report disapproves of was OLGs selection of Mohegan Gaming & Entertainment to operator the two Niagara Falls casinos. The Auditor General notes there were two better bids from other companies.

The reports goes on to indicate OLG’s online betting platforms are flourishing, but few users are taking advantage of responsible gambling features. OLG offers voluntary time limits, spending limits, and other helpful features to promote responsibility. Not only are players rarely making use of them, the OLG’s budget to promote them has been on is on a steady decline; down from $20mm in 2016-17, to just $7mm in 2020-21.

Shoemaker and other proponents believe OLG consolidation would shore up much of these problems.

Why Fix What Isn’t Broken?

Up until 1987, the Crown Corp maintained all Ontario Lottery and Gaming jobs in Sault St Marie. It wasn’t just the location of OLG’s head office, but its only office. Things were running smoothly then. But somewhere along the way, someone decide the province needed a second office in Ontario.

The only logical argument to support a second office is that it provides easier access to lottery winners who need to visit and OLG Claims Centre. It’s a reasonable argument, as these locations are approximately 700km apart. However, in today’s digital age, it is possible, depending on a winners location and situations, to claim a large prize without physically appearing at an official claims centre. Thus, even the issue of convenience is moot.