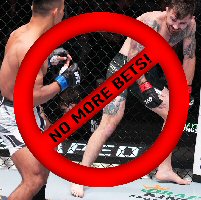 Sports betting is at the core of Ontario’s nascent iGaming market. The first sportsbooks went live on April 4, 2022. Since then, they’ve been raking in millions of dollars for the province (and themselves, of course). Eager punters have been placing wagers on everything from NFL football to the World Cup. One thing they won’t be betting on anytime soon, however, is the Ultimate Fighting Championship (UFC).

Ontario ordered all of its licensed iGaming operators to halt UFC betting last week. The decision was made amid published suspicions of match-fixing in other locations, as well as allegations of insider betting; something Ontario’s regulators strictly prohibit.

On December 1, the Alcohol and Gaming Commission of Ontario (AGCO) issued an order to all of its licensed operators. They were to stop taking bets on UFC fighting. The order was effective immediately, and indefinitely.

Regulators do not suspect any illegal activity going on within the province. It is what’s allegedly occurring outside of Ontario that’s got officials up in arms. A statement from the AGCO confirms the agency, “learned of publicised alleged incidents, including possible betting by UFC insiders, as well as reports of suspicious betting patterns in other jurisdictions”.

Such incidents go against every grain of the AGCO’s sports integrity and player protection policies.

When provincial leaders agreed to legalize and regulate sports betting in Ontario, it was under the crucial mandate that the integrity of sports be protected. Licensed sportsbooks are only permitted to offer wagers that meet the regulator’s strict guidelines. The rules state that eligible events “must be effectively supervised by a sport governing body which must, at minimum, prescribe final rules and enforce codes of conduct that include prohibitions on betting by insiders”.

Due to this policy, UFC betting was not allowed in Ontario until just recently. In October, rules governing the Ultimate Fighting Championship were amended to ban fighters from gambling on UFC bouts. This led to Ontario’s approval of UFC wagering. However, it wasn’t until the latest allegations arose that the regulator discovered other UFC insiders, including coaches, trainers, and medical staff, are not banned from betting on fights.

Such guidelines do not coincide with the AGCO’s commitment to ensure there are “integrity safeguards in place which are sufficient to mitigate the risk of match-fixing, cheat-at-play, and other illicit activity that might influence the outcome of bet upon events”.

All of this came to light when an ESPN report highlighted suspicious betting activity in the November 5th UFC bout between Darrick Minner and Shayilan Nuerdanbieke. There was a major shift in betting lines before the fight. That alone was suspicious for a lackluster featherweight match. Then, Minner appeared to injure himself when he threw the first kick. Nuerdanbieke wasted no time capitalizing on the injury, beating Minner by TKO in the first round.

Suspicions of match-fixing are, for now, still just that – suspicions. However, both Darrick Minner and his coach, known-sports bettor James Krause, have been released by the UFC.